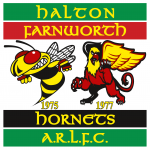 Halton Farnworth Hornets, when started, was just called Halton Hornets. The name ‘Halton Hornets’ came about from the idea of of the two rugby posts on a field the two H’s, and the connection with Runcorn, where the club sometimes trained, and also had a number of players from. The connection ‘Halton”, Widnes had Halton View and Runcorn had Halton Castle, and the Hornets you may well ask? Well that came from Rochdale Hornets and so the famous club was now named and incorporated – Halton Hornets.

Where it all began

Halton Hornets was founded by our late president of the club Mr David Walsh and one of our former Fund Raising Officer Mr David Oldham.

It was decided to hold the club's meetings, where else but a pub, called the Castle Hotel in Widnes.
Training was ongoing and professional players were helping out suchas the likes of Jim Mills (Widnes), George Nicholls (St Helens), Jimmy Nulty (Wigan) and the late Mick Naughton (pro Referee and founder member of Widnes Tigers). Two coaches were brought in, Tony Karalius a pro at Wigan and later Player/Coach at Leigh, and Bob (Bo) Goulding who was playing for Huyton Professional Club.

1979 season saw the club's first success in the North West Counties League with our U16's coached by the late Harry Currier winning the League Championship and finishing runners up in the cup.

1981/82 season was also a very successful one with the new U9's winning the League and the U16's broke all records in the North West Counties League by winning all their 28 matches and doing the 'double' by winning the cup as well.

New Home For The Hornets

1985/86 season saw Tom Bebbington join the club, Tom was instrumental in taking the club forward in securing Crow Wood Park and changing it into playing fields for the Hornets to use as a base.

We’re updating the site all the time so check back soon!

Get Social With Us!

Get involved on our Social Media Platforms 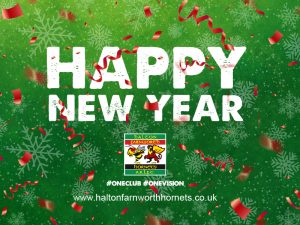 From everyone at Halton Farnworth Hornets, we would like to wish all our families and friends, a very Happy New Year! With the new year 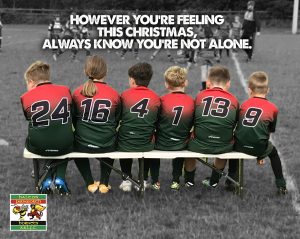 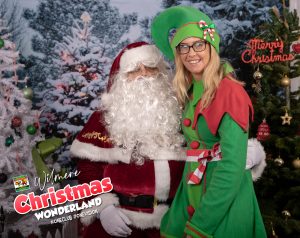 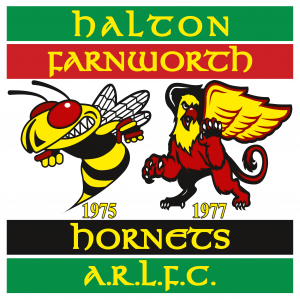 Halton Farnworth Hornets now has over 500 playing members for the 2021 season. Thank you to each and every one of you. 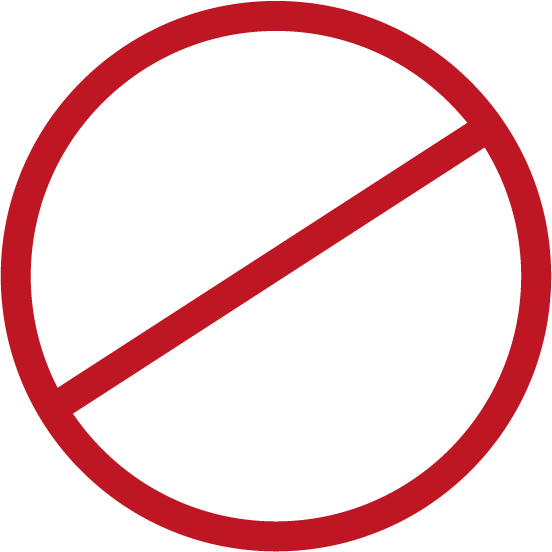 PLEASE REMEMBER WILMERE LANE IS A NO DOG SITE